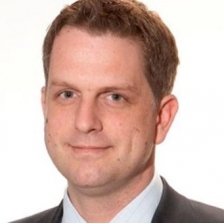 Will Spiers is head of external communications for GE Healthcare, an $18 billion healthcare technology company with presence in more than 100 countries.  In this role, Will leads global teams to define and execute 360 degree plans which include PR, crisis and social media programs.

Prior to this, he was head of communications at GE Capital for Europe, Middle East and Africa, where he was responsible for all internal and external communications, social media and Marcoms activities and helped reposition the company following the financial crisis. Will has been with GE since February 2005. He was previously consultancy side, as a director of financial services at MSL Group between 1997 – 2005, and started his career at Mmd Advertising and Communication (now Grayling) in 1994.