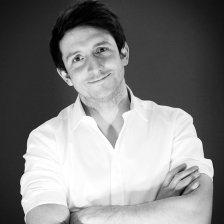 Its been quite a year so far for Mark Adams! Starting with The Guardian awarding Mark the accolade of “Star of Tech City” describing him as “one of the people who are changing our world and helping to boost economic growth.” Mark was then asked to do a TED talk and named as one of the “Silicon 60 Global Tech Entrepreneurs.” Shortly after came the “Most Influential Londoners” list In the Evening Standard, then “The Sunday Times Top 500 people in Britain,” topped off with the “Debretts Top 10 Digital List” and finally Mark was appointed as Senior Vice President and Head of Innovation at VICE – the “Mulit-Billion dollar youth media powerhouse,” (Fortune) described as “The CNN of the street” (Fast Company) and “the most innovative company in the Media world” (Forbes).

Prior to VICE, Mark was the Co-Founder of the AudienceUK, which raised $20million in funding from Sean Parker (co-founder of Facebook) and Ari Emmanael (CEO of William Morris Endeavour Talent Agency,) to operate as the digital creative directors for 1000’s of the worlds most iconic rockstars, sportstars, actors, celebrities and public figures. The company consulted them on how to rewire their brands for the digital age and exploit the opportunities presented by the new media landscape and in the process built the worlds largest new media publishing platform, reaching over 1 billion people a month with its content. Mark’s came to The Audience following the evolution of his own social media start-up, UNION, which was the first ever recorded social media agency, founded as a student in 2005. UNION quickly grew to be the UK’s largest Social Media Agency for A-List list clients and Entertainment brands before becoming part of William Morris Endeveour Talent Agency.

Mark’s biggest passion is helping young people to achieve their potential in the digital age. He is founder of the Digital Leadership Council, an initiative to connect young people with leaders from the digital world and The Social Media Unit – a partnership with University College London to advise on legal and policy issues that relate to New Media. He also sits on the board at The Tate Modern where his remit is to involve more young people in the Arts.

Mark is now a highly in-demand keynote speaker who presents extensively at industry conferences and events worldwide – his fun and provocative talks are designed to demystify the techniques and key learnings he has acquired along the way and make them useful to  anyone wishing to win in the new media space.