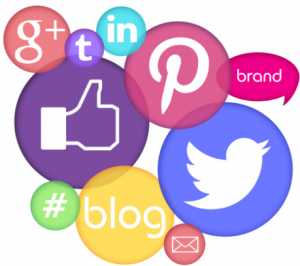 Social media continued to become more integral than ever this year to how we communicate, market, sell and do business and here we bring you the eight social media trends of 2013.

There were a number of changes to the social media advertising landscape in 2013 and these are likely to continue to feed through into 2014. Facebook enforced a new rule that said no more than 20% of a Facebook ad image on its news feeds could contain text, ensuring they become more image-based than ever. Instagram meanwhile launched its first advertising stream for its business and Pinterest is also looking at its own advertising models. Understanding how the platforms work, and how best to monetise a presence on them however, will be key in 2014.

The giants of social media have long been snapping up their smaller peers and it’s a trend that is likely to continue as the likes of Google, Facebook and LinkedIn swallow up the newer innovators. After buying Instagram in 2012 Facebook was less successful in its proposed $3 billion acquisition this year of Snapchat. Instead in the past week it has launched Instagram Direct, what many believe to be the Facebook rival to Snapchat. Other suitors for the likes of Snapchat and Pinterest are likely to follow in 2014 as the market continues to consolidate.

Less than a year after its launch social media video network Vine already has more than 40 million registered users. Its launch, last January, prompted a similar offer from Instagram in a world that is increasingly video dominated. Meanwhile existing channels evolved – such as Facebook launching clickable hashtags in 2013 – allowing similar Facebook conversations to be more easily curated.

For a social media network that is so instant and far-reaching Twitter had long had rather a closed book mentality as to how it operates. Much of the industry was therefore keen to see the internal workings, user profiles and revenue models that the company was forced to reveal as it headed for an IPO earlier this November. It is also looking to drive its ad platform to raise revenue for the company. Further advertising updates are expected for Twitter.

Pinterest is rapidly turning commercial with a number of improvements to the site in 2013 and many experts believe it will continue to move from a hobbyist site to an integral part of many brands and company’s strategies as image based content becomes ever more important. Indeed experts warn that those companies not already using the channel will fall behind if they don’t choose to adopt it since it allows an easy way to humanise brands in a way that consumers love. Promoted Pins were the first ad product to be launched by the company and many believe much more is to come.

Google has also made significant changes this year including an entire redesign of Google+. The network continues to grow in importance and also now incorporates a new unified messaging system called Hangouts as well as introduced related hashtags. A new unified Dashboard meanwhile made it easier for people to manage.

The traditionally based job based site is increasingly being used as a marketing tool too. The launch of LinkedIn Contacts makes it easier to build relationships whilst the launch of Showcase Pages makes it easier for brands to create niche pages beyond their company page. Similarly the launch of Sponsored Updates allows marketers to promote their posts directly into newsfeeds.

8)      Closer adoption of social and ecommerce

As the way that customers and brands relate to each other on social media has evolved so too has the importance of such conversations. In 2014 it seems that trend will continue. Brands and retailers will make more use of  social media conversations to more closely hone what customers are sharing and recommending to do the same themselves.

Experts believe the world of social media has changed. From simply being a tool to share and rack up likes many believe 2014 will see social media translating to sales too.

What do you think 2014 will bring in the world of social marketing?

Next year’s #SMWF Europe will be returning to deliver top-level strategic advice and insight for anyone for whom social is either already, or needs to be, high on the business agenda for 2014.  Passes start from £345, to find out more and book your pass please click here.