10 ways in which eBay is driving sales through social media 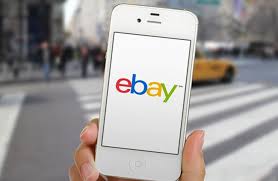 Understanding how your customers behave on social channels and how you can better interact with them is crucial to driving sales through social media. For eBay it has been a key part of creating a successful content strategy as Clelia Morales, Head of EU Social Media at eBay, explained at #SMWF earlier this year. “For eBay social media is vitally important for driving sales,” she said. Here are ten ways in which eBay does it:

Morales says the experience must be personalised if social media is to drive sales and interest, but that first requires knowing who your customers are and segmenting that audience as appropriate. “We think social can be a source of traffic and of conversion through a personalised experience on our site and on our channels. To do this you need to know who you are talking to. It’s about reaching the right community — the community where you can be relevant and where they have an authentic interest,” she said.

2)    Use social media to drive new traffic and customers

“Facebook is a great place not only to engage with a current audience but to bring in new customers,” said Morales who explained that the balance of sexes and ages on the Facebook page for eBay differed to the general trend on the site. “Around 60% of our fans on Facebook are women. On the site that is around 50%. Around 60% of our fans on Facebook are 18-34 years old and on our site that’s around 30% so it’s a great way of getting in new customers,” she said.

3)    Be relevant to encourage sharing

With so much competition for a customer’s attention then being relevant enough to ensure they share is crucial. “Bear in mind users don’t come to Facebook to buy or to engage with a specific brand they come to see their friends and their updates and they want to have fun and be entertained,” said Morales. “You need to be relevant and show relevant inventory that they want to see,” she said.

Morales explained that the figures spoke for themselves. “Almost 10 per cent of the traffic we are sending from our Facebook page into eBay is converting either into purchases or people engaging into bids,” she said illustrating that social media really can drive sales when done correctly.

For eBay Morales claimed that paid social media was increasingly effective for extending the brand’s reach amongst customers and could extend reach by 15 fold. “That’s a key one for us as a brand,” she said.

Morales said that pre-2012 the company focussed on the common content is king mantra but now brands needed to mix that with advertising and innovation to stand out from their rivals. “We have tried to put other ingredients in the mix,” she said. However again relevance is key and brands need to understand what is relevant to their customers before promoting it, she said. “On our Facebook page we only promote content our fans think is interesting so as soon as a content starts trending we will put some advertising behind it.”

Morales advised that companies should look beyond likes and shares to ensure that fans are actually clicking through, if they are to measure engagement effectively. “We are including clicks on our engagement. UK customers love to interact, like and share but we want to show content that is relevant and entertaining but also will land people into our site,” she said.

Using social media was also key to innovation, explained Morales, who talked about methods such as using Facebook to test products that are in beta or running special deals or offers to drive interest. She cited an offer the company ran in Germany which had details of the product and price with the deal going live the following day. “The offer was due to last 4 days – it lasted two hours,” she said. “It’s about the affinity and about users saying yes I like this,” she said.

9)    Realise the importance of friends

Morales said that social media is changing beyond simply following fashion, bloggers or celebrities with shopper’s friends having more of an involvement in influencing purchasing decisions than ever before. “Today it’s about inspiration and discovery. We will see this even more. Your  customers are your big influencers because people are looking to their friends as influencers — we haven’t seen this before,” she said.

10) Produce inspirational content and understand the power of uniqueness

Offline events can be hugely effective to drive inspiring content said Morales, citing two campaigns the company ran last year. These included a socially powered shop in Covent Garden at Christmas and an Olympics campaign where children were asked to describe their favourite sports. “We put a lot of effort into the content we create,” said Morales. She also described the power of a simple tactic such as guessing a product (a fossil of a dinosaur egg in the example she cited). “Unique items are a great gateway to the site,” she said.

Social media is an incredibly useful tool for businesses many reasons – from building customer awareness and improving customer relations to boosting sales. Maximising that opportunity really does come from knowing and understanding what your customers want and how they will react on social media, as eBay’s own results have illustrated.